From ending my marriage to a million dollar portfolio 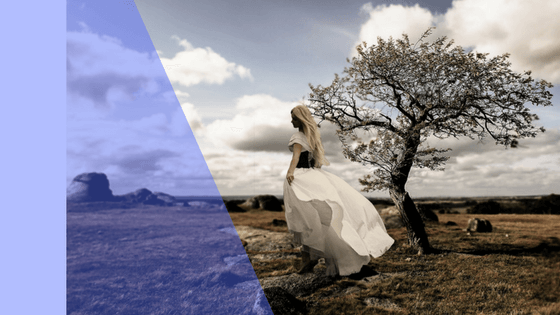 I was 35 and I had everything society determined as being a successful woman.  I had the great house, great husband, two kids, good job and investment houses.  So… you say .. and??

Well, the point is, I really was unhappy.  My answer lay in self-reflection.  Many people go through their lives allowing life to just ‘happen’ to them.  Years later I learnt that this is called ‘being at effect’ rather than being ‘at cause’.  I knew one thing back then and that was I wanted to be ‘at cause’ and take responsibility in my life.  I wanted to set higher more audacious goals.

So… I turned to my husband and told him I was leaving the marriage.  I decided at that moment that I would sign over 50% custody of my young children and begin my new life as a single parent. I had no clue of how it would work out or what it would look like, but I knew I had to do this for me.

9 years on, as I reflect back on that moment I cannot believe how far my journey has taken me.

Often, we as women sell ourselves short as to what we are truly capable of doing when we have to.

Financially I was always the so-called ‘brains’ of the operation within my marriage as it was back then.  I remember vividly when I attended one particular financial adviser whilst still married.

He was a man aged in his 50’s and dressed accordingly as per his professional position and that of the company that was recommended by my then father in law, an ex-bank manager.  I remember he asked us if we would like a coffee and as was customary he turned to his female assistant and asked her to make them for us.

Once the coffee was obediently placed in front of us by the unnamed woman who immediately left and closed the door, the meeting began.

I was sitting directly across from the adviser who was behind his desk and my husband in the chair next to me.  The adviser physically moved his chair, deliberately turning towards my husband and then said “ok thanks for coming in, what can I help you with?”.

I smiled.  Giving my ex-husband credit here, he hesitated and said: “don’t ask me, she is the one you need to ask here”.  The look on the Advisers face was priceless, one I will never forget. 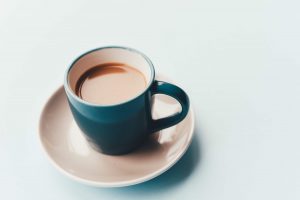 The reason I won’t forget the look on the Adviser’s face was his disbelief that as a female I could have any idea of what to do with money or furthermore how to invest it.  The sad fact here is this situation happened in the late 1990’s  not the 1950’s.

That moment at the adviser was my turning point.  I decided to look further into following ‘other’ investment systems to create wealth for our family outside the more staid managed funds.

My passion for alternative investment strategy was further ignited after yet another visit with a patriarchal financial adviser.

I had always been a lover of the Paul Clithero tv show ‘Money’ that screened in Australia from 1993 till 2002.  I had begun purchasing the Money magazine by monthly subscription from the first issue in the early 1990’s and still do today.

I would read the magazine cover to cover and most importantly I would hone in on the Q & A pages where ‘everyday’ people would write in with their problems.  I soaked up every piece of information I could from those pages and began implementing anything I could sway my then fiance to agree to.  I bought my first block of land in a wonderful beachside location in 1995 for under $30,000.

One really important thing so overlooked in relationships is that partners can have vastly different ideas of what constitutes financial risk, which I call the  ‘sleep at night factor’. This is where I found myself within my marriage.  I was the ‘lets try’ with more high risk as opposed to my partners  ‘consistent – measured low risk  approach. Not a bad thing for some couples but for me it was the start of my financial discontent.

We had already achieved at a very early age what most people aim for in their lives, had become normal for me.  Some may even say “it’s not all it is cracked up to be”.  Now don’t get me wrong, when you get to that ‘stable’ and ‘comfortable’ place, you can afford to do and buy the things you thought made you happy.  In my case yes and no.

Buying ‘things’ did not make me happy.  It was only later would I understand that as you become more wealthy you become accustomed to your tastes and as such it can become a vicious cycle of waste. 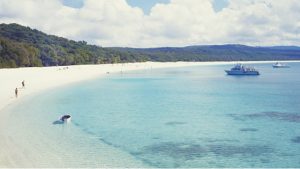 In 2008 those of you who had mortgages in Australia or any sort of investment will remember all too keenly the worldwide crisis of the day called the GFC (Global Financial Crisis).  People lost money and interest rates were around 8.5%.  Property markets dropped and people couldn’t sell houses.  That was the market I entered as a newly single mother and full-time breadwinner for my family.

I had decided early on that I would try and look for a house to buy instead of rent as I wanted long term stability for my children. Going through this process was harrowing enough for them.  I searched for a house for months that met all my requirements. I remember going to 30 open inspections on one weekend.  My family came with me for support and it was on that cold but sunny afternoon in July 2008 that I put a contract on my very first ever solely owned home.

I looked outside the socially acceptable suburbs in my peer group as my affordability on a single income was not high. Success.  I signed the contract on my birthday with the only money I had at the time… $500.

The proceeding years would bring the most life-changing and personally reflective, times I have ever had to deal with.  As a mother and not seeing your young children for 7 days every second week really cuts deep into your heart and affects you in ways you can’t explain.

Living from pay cheque to pay cheque and there still not being enough money to cover all the debt.  I can reflect now that it is only when you are in the darkest hours  “what the hell have I done?” that you can truly find the answers in the strength that you held inside you for years.

When you can work through, own and move past what has been holding you back from truly becoming ‘happy’ and what that means to you, you can truly begin to plan your future.  I needed to work past living in survival mode to aim towards the dream’s and goals of building and enjoying the best life I could create. 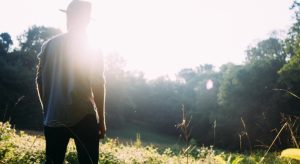 Remember when you were a child and you dreamt about who you would be, what you would do, and what you would have when you grew up. In my late 30’s I reflected on what I wanted and also what I hadn’t achieved yet.

I really had to  define for myself what would make me ‘happy’.  It’s funny when things come to you and they may seem like ‘pipe’ dreams.  I reflected on what I had,  what I had done, what I had achieved and what I was good at.  My first goal post-divorce, was to own 6 houses.  I don’t know why 6 but that was the figure that was in my head.  For me it was a challenge and I loved a challenge.  I truly began my quest to achieve my goals.

Fast forward 6 years, I now own 6 houses.  Goals have been met.  Was it challenging?  Yes.  Was it rewarding? Hell yeah!  Am I a role model for my children? Big time.  Have there been lessons learnt?  Definitely.

Do I love my new life? Yes, Yes and more yes. Do I now have larger goals to help others along their property investment journey?  Yes, I want to continue to show others how they can also be financially free.

Only as high as I reach can I grow

Only as far as I seek, can I go

Only as deep as I look, can I see

Only as much as I dream, can I be.
ANON

Join our list to receive the latest news and updates, we promise you will get some cool stuff.

You have Successfully Subscribed!